Written by Restaurants in Melbourne on 15 October 2012.

Wonderbao is a fabulous bao cafe on A'Beckett which produces possibly the best cheap eat in Melbourne. Wonderbao is a wonder kid with a huge response since this place opened and every Melbourne restaurants blog paying a visit. When I think of Wonderbao I get the same emotion as from Wonderwall by Oasis.

After hearing the great reports, I rocked up to Wonderbao (today is gonna be the day) with great expectation. I was looking for an entrance on A'Beckett only to find the entrance in a mini mall and overlooking Literature Lane. This place is definitely a hidden gem. The owner Andrew has been overwhelmed by the response. Certainly it's a favourite of Uni students who frequent the precinct. And every Melbourne food blog has been arriving to check this place out. 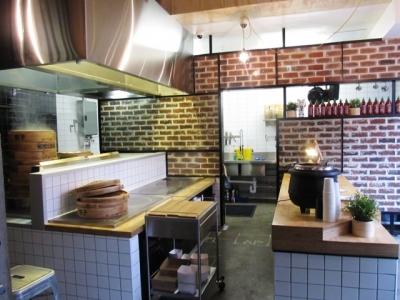 Wonderbao has a simple menu which mainly serves breakfast and lunch options, not dinner as yet. Coming for breakfast I wasn't sure what to expect. How many of these bao buns would fill me? Should I order 3 or 4? "Only one,", Andrew tells me. How can a single bao bun satisfy for breakfast? So I ordered two - the Da Pork Bao with egg, shiitake mushrooms, and chinese sausage, as well as the smaller Char siu bao BBQ pork. 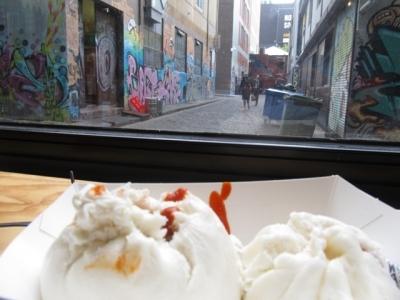 Wow! The Da Pork bao was absolutely sensational. This beauty is a large bao and takes two hands to handle. Melbourne's cheapest big breakfast? I was struck by the fresh ingredients. Struck also by the quality of the pork filling. The casing/dough of the bao was sublime and super soft (some places can have a harder dough which I don't like). This was no soggy tepid affair but a gourmet triumph. So so good! (There are many things that I would like to say to you...) 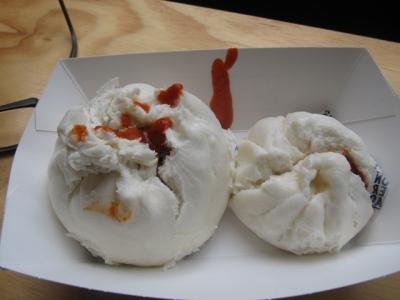 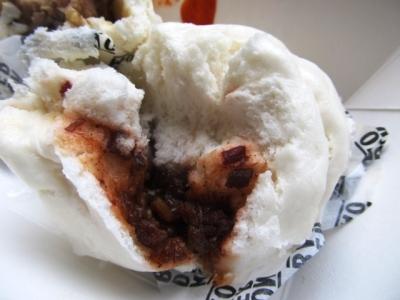 I also loved the Da Pork bao because there was chunky egg and mushrooms - not just blended into the filling like some places.

Andrew compared the bao to a good old Aussie pie. He told me to take a section of the casing/dough off the top of the bao and pour soy sauce and hot chilli sauce over the filling. This enhanced the bao with even more tang.

The BBQ pork bao was also excellent and I would say what you'd expect from a traditional BBQ pork bao. 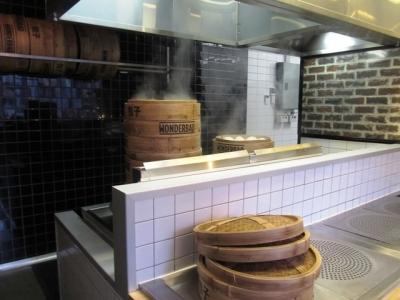 In any case I'm also coming back for the Egg custard bao...

The only thing about breakfast was there's no coffee in sight. In a way refeshing. The big option was the home made Soy milk hot or cold. Some of my friends thought this was awesome but for me the early morning coffee is a necessity. There's also small boxes of interesting tea in the fridge. 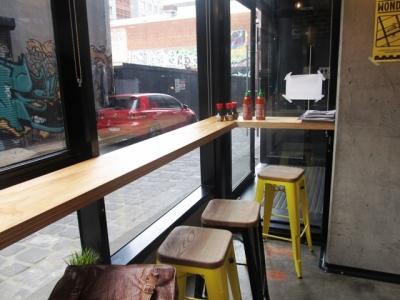 The name "Wonderbao" came as Andrew and his wife Tina were sitting at home mulling over names. Andrew's wife Tina came up with Wonderbao and the rest is history. It was refreshing to hear a simple real story about a name rather than than some pretentious stories I've heard.

The fit out at Wonderbao is modern with great use of timber, exposed brick, concrete floor, counter with stools overlooking a funky lane with street art, naked bulbs and ambient music. Admittedly there are few seats.

Wonderbao has the fit out features of several other new cafes but for the stacks of bamboo steamers, all with Wonderbao printed on the side in large letters. 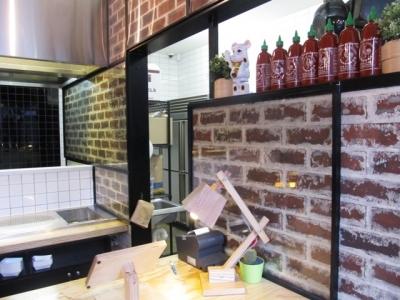 For me these were the best bao I've tasted in Melbourne, having been a regular visitor to some bao outlets around Chinatown in the past.

Wonderbao. (I don't believe that anybody feels the way I do about you now...) Seriously good.