The Melbourne beer scene has quickly become sophisticated and new varieties are emerging from super talented boutique brewers. Enter Kolsch, previously known to be a German specialty beer.
Brand new to the market as of December last year we like to consider the Kolsch the ‘new black’ with only 2 other breweries producing Kolsch within Australia.
The Quiet Deeds Kolsch is the third instalment from the Melbourne based brand alongside the Pale Ale and India Pale Ale. Quiet Deeds is the creation of two Melbourne blokes (Patrick Ale & Dave Milstein – how are the names?!) living the Aussie dream of producing their own brew. 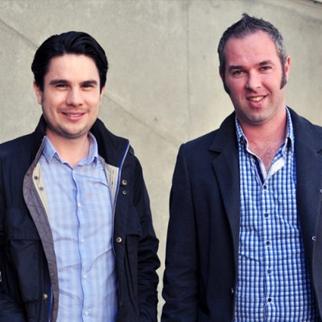 It was over a beer that friends Patrick Alé (his real name) and David Milstein first came up with the idea to start importing booze from overseas. Suspecting there was a world of drinks out there that Australians were missing out on, they pooled their savings and gambled it all on their first container of Bolivian beer.
In 2010 Alé and Milstein decided to bring Swedish Rekorderlig cider into Australia — and as a result, became largely responsible for the booming cider resurgence. This time around, they’re launching their own Quiet Deeds brand of beer (starting with a classic Pale Ale, with more varieties coming later this year).
Asked where the name came from, Alé explains: “The name Quiet Deeds is the way that we have always worked in our business. We will always work hard on the flavour before we even think about going to market; we always have the righteous Aussie drinker in mind. We haven’t been about ego. A great beer will speak for itself.”
Interview with The World Loves Melbourne –
Dave, how about you chat about when you first discovered Kolsch and your experience with it or along those lines…?
(Dave) During various trips to Germany, more specifically Cologne (Köln) many Kolsch’s were enjoyed with good friends and family!  As you can imagine many laughs and stories were told, including great ideas!  One of those idea’s was to look at bringing  a Kolsch to Australia, given the flavour profile we felt it would suite the Australian palate perfectly…
And Pat, how about why you decided to go with the Kolsch flavour and what it added to the QD family?
(PAT) Having some experience and been to cologne and enjoying many a Kolsch helps. The Kolsch style it’s a fresh light flavoured beer style that I think suits the Australian climate very well. It’s also not a well-known style which gives us the opportunity to present Australians with something different and help them expand their craft beer range.
The World Loves Melbourne was excited to receive some Kolsch product (and Ale) from Quiet Deeds, which we were quick to put in the fridge then consume. I've been drinking some heavy ales of late and found the Kolsch to be a great summer ale with the fruity notes ultra refreshing.
Here are some tasting notes -
KOLSCH (ALE)
Aroma – Low malt aroma. A pleasant, very subtle fruit aroma from the imported Kolsch yeast. A low noble hop aroma coming from Czech Saaz hops.
Appearance – Bright pale gold colour. Brilliant clarity. A fine white fluffy dense head with great retention.
Flavour – Very soft yet rounded palate, it has a delicate flavour balance between Pilsner malt and the fruity sweetness from ale fermentation. Low bitterness. Dry with a slight nutty aftertaste.
Mouthfeel – Smooth and crisp. Medium-light body. Highly carbonated with a clean crisp finish.
Impression – A clean, crisp delicately balanced beer with subtle flavours and aromas. An ale that is cold conditioned or ‘lagered’ which makes for a much crisper drink. Often mistaken for a light lager or even a subdued pilsner.
History – Kolsch means “Colognish” or “from Cologne”. The style first established itself in 1918 as a beer style brewed in Colognes Sunner Brewery. While most of Germany drank lager at the time, the wars destroyed many of the breweries around Germany. This allowed the Kolsch to rise in prominence around Cologne where it originated. The Kolsch convention of 1986 stated that only breweries from Cologne may call their beers Kolsch. This law only applies across the European union a several other countries. It obviously does not apply in Australia.