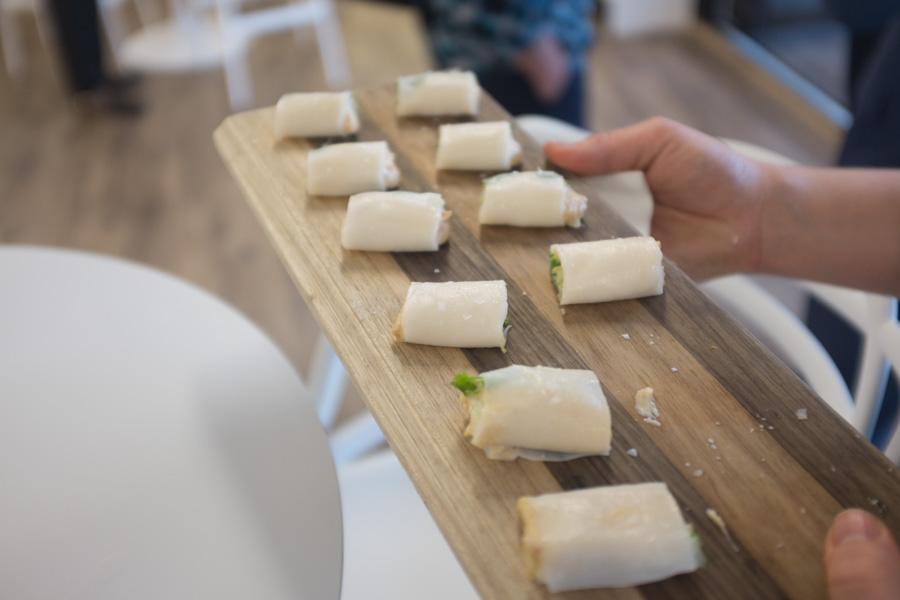 Audi unveiled its A3 e-tron Sportsback hybrid car in Melbourne and The World Loves Melbourne was invited along to this glam event and for hot laps on the track. We were taken with racing car driver comments that the hybrid is the car of choice to drive when it comes to performance, noting that Audi hybrids have taken out top spot at Le Mans for the last three years.

Not only were the cars in action but we were excited that the food was prepared by Shannon Bennett (Ambassador for Audi) and the team from Vue De Monde. These were the canapes of the year.

Audi A3 e-tron Sportback is a plug-in, petrol-electric, hybrid that uses a 1.4-litre turbo-petrol engine giving up to 110 kW of power and 250 Nm of torque; the electric motor produces up to 75 kW and 330 nm. However, the two power sources produce their best effort at different times so the combined figures show a maximum of 150 kW of power and 350 Nm of torque. That's plenty in a car of this size.  Charging from empty to full takes about 5 hours - so you would charge up at night. The charging point is cleverley in front of the A3 e-tron grille - not on the side of the car. Audi head of driving pictured here with a journalist from Mashable. We lined up here for hot laps. With the zero alcohol policy it wasn't possible for us to drive ourselves, but we were invited to come back the next day if we wished to do so. For us at The World Loves Melbourne we were thrilled to be taken for hot laps by experienced racing drivers.

The first thing we noticed on the hot laps was just how quiet a car is when in electric mode. No noise whatsoever. And the performance of the car was radical in terms of acceleration surge from a stationary position.  The A3 e-tron travels for 51km purely on electric - most commuters going to and from work may never have to use petrol. And the cost of charging the car purely on electricity is only about $2.50. Cheap as chips. We were told that a fully charged car also with petrol can travel about 970km in one trip (using both electric and petrol). That's so much more than the standard car. Around about a trip from Melbourne to Sydney.

Our hot laps experience was awesome and we were excited by this car of the future. The driver demonstrated an electric drive to show the power and performance of the car. Then he turned on the petrol source and we heard the noise of the motor - still quiet but not as quiet as the electric source only. Then our driver Karl demonstrated the combination of electric and fuel together as we accelerated down the straight at high speed, only to brake forcefully as we hit the tight corner. The power surge and handling of the A3 e-tron Sportsback was phenomenal.

Pricing has not been released but we think the cost of the hybrid will be great value as fuel costs are typically reduced dramatically. Even Shannon Bennett does Fried chicken... 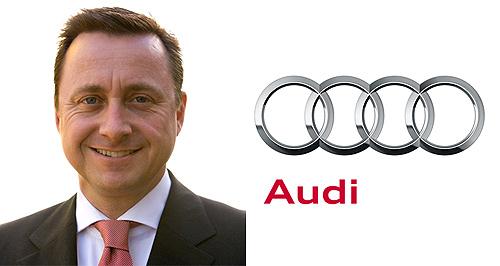 Andrew Doyle the CEO of Audi Australia spoke to a captive audience about hybrids and the Audi A3 e-tron Sportsback. (Thanks for much of the information in this article).

We were treated to a lively performance from e-tron dancers. And plates of Vue De Monde Lobster rolls. Thanks for the lobster love! Here is the A3 e-tron Sportsback in all its glory with car charging from the front grille. I was tempted to drape myself over the car for this pick, but decided not. Recognise these from Vue De Monde? Audi are advancing the hybrid car big time. We need to throw away preconceptions about hybrids being gutless when it comes to performance. They actually perform better. As one driver told me, "Don't equate big V8 engine noise with performance!" As I said, the drivers perfer the hybrid when it comes to racing. And Audi is working to release their hybrids with other models than the A3. Very cool. To top off the night we were treated to a full moon over Melbourne, appearing just above the Audi rings...