The World Loves Melbourne has been a fan of Longrain, visiting it over the years as a faithful lover, and impressed with every experience. We were invited to the 10 year birthday celebration, with luminaries of the Melbourne culinary scene. 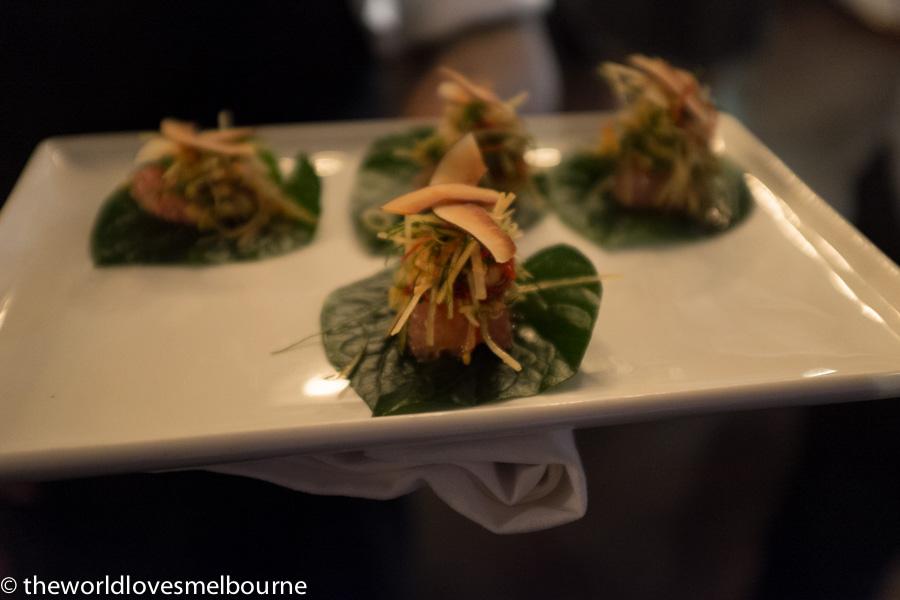 In true style the food at the 10 year birthday celebrations hit the high notes (this is how to do it people). Crowd favourites were served up as canapes and mini dishes, evoking memories as well as satiating our hunger. 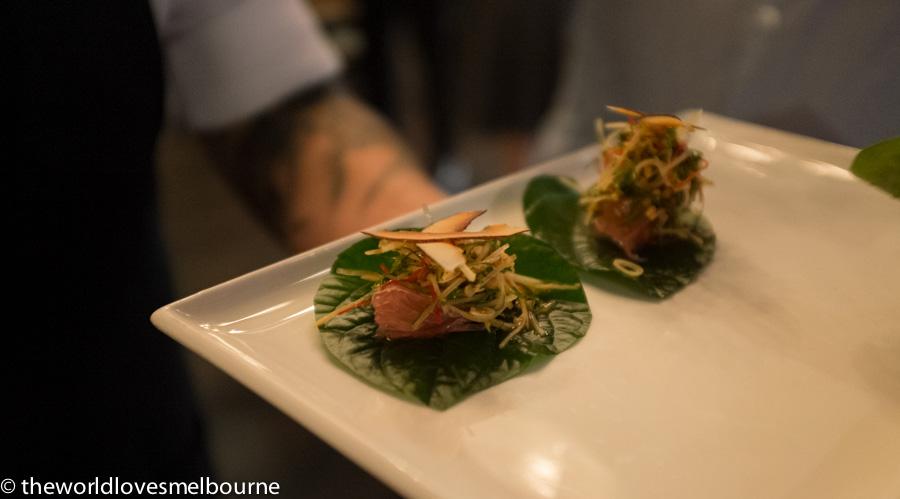 The World Loves Melbourne has always felt that Longrain shines when it comes to technique and culinary skill, but also the quality of the produce is constantly brilliant. Sam Christie (Longrain sydney, Longrain Melbourne, The Apollo, Cho Cho San) thanked all involved over the years including several high profile chefs; with Sam having established Longrain Sydney with Martin Boetz back in 1999, and the Longrain Melbourne in 2005.

John and Lisa Van Haandel (Beach Hotel Byron Bay) were present for the celebration. We heard an elegant speech from Lisa van Haandel (involved in Longrain Melbourne) with some of the back story and mention of the murals near the kitchen and the funky tiles across the back wall. This ice cream was sensational... Communal tables had attractive displays with a Thai theme.