Estrella Damm Gastronomy Congress is famous in the world and Melbourne is privileged to be one of only 17 cities to host such an event. The World Loves Melbourne was invited along to this prestigious occasion exposed to some of the best chefs in the world cooking in live demonstrations as well as bringing their creativity, inspiration and philosophies. Joan Roca (above) is an icon and forerunner of the culinary world having scaled the peak of being acclaimed as world's best restaurant at Spanish fine diner El Celler de Can Roca. This restaurant formed with brothers Josep and Jordi, is still going strong. At the Estrella Damm Gastronomony Congress we heard from Joan about the creative process including live demonstrations– for example wine is used to steam seafood at the table on hot rocks. We were also enthralled by his dessert that captures the emotion of Messi scoring a goal! A humble man Joan can be lauded for El Celler de Can Roca achieving three Michelin stars and was named number one in The World’s 50 Best Restaurants list in both 2013 and 2015 (these days once you are named number one you no longer appear in the list). Estrella Damm Gastronomy Congress, a one-day event, is an industry highlight, with foodie enthusiasts hanging off every word and taking in every chef and dish with delight. With excellent food and Estrella Damm beers on hand.  The World Loves Melbourne mingled with media, chefs and hospitality professionals. 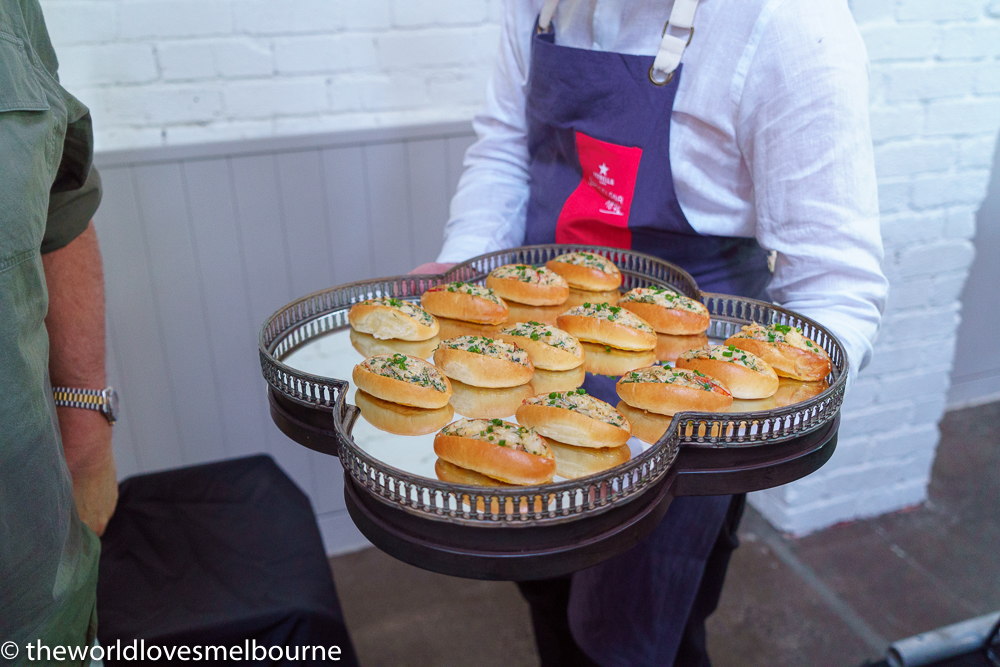 After a break (and the most delicious lobster rolls) Joan Roca was joined by chefs Dave Verheul (Lesa, Embla), Peter Gunn (Ides) and Monique Fiso (New Zealand’s Hiakai) representing our region. Each chef took guests through the conception and construction of one dish in detail, followed by an open forum for conversation. Smoke rising as Peter Gunn cooks up the perfect steak. There was a noticeable chemistry between the chefs. Juan made comments about each dish and the consensus was that they all performed brilliantly. A day to remember. We were able to sample each chefs dish at an afterparty with Estrella Damm beers and cocktails. Thanks to Estrella Damm, Joan Roca, the local chefs and all concerned for an extraordinary day.