Deeds Brewing was the place to be, as we enjoyed an epic tour with Head Brewer Justin Corbitt, a session in the Deeds Taproom (experiencing Deeds best brews), and impressive food from the kitchen. 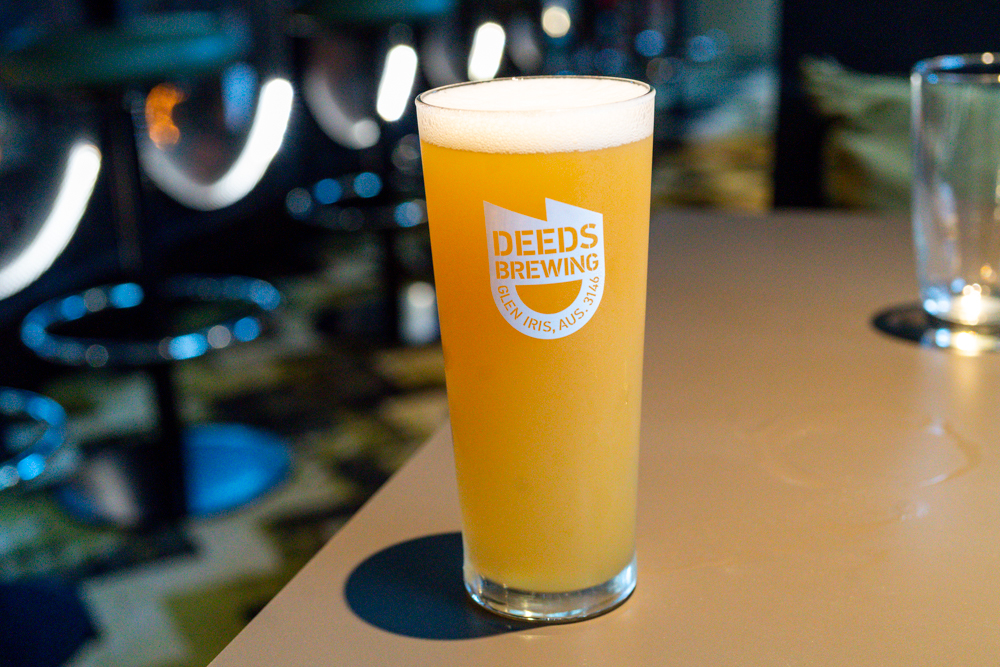 It was extraordinary to hear from Justin that apart from signatures like Juice Train above, Deeds are producing almost a new beer every week. The ability to act on ideas and turn around recipes in such a short time has beer pundits comparing Deeds Brewing to some of the greatest innovative brewing houses in the USA. In past years it was always felt the Aussie craft scene was several years behind the USA, but not anymore. One of the best views of a brewery in Australia (from upstairs). Justin (pictured above) and his team are at the heart of beer innovation in the nation, along with owners Patrick Ale and Dave Milstein, in a market which continues to grow and gain market share. The ability at times to produce small batches, of one or two barrel blends, is impressive. So many exciting recipes and plans. Justin Corbitt in his natural habitat with bourbon barrels.

Justin showed us around the brewery, stopping to appreciate the USA bourbon barrels, which he described as suitably "rough and dirty", including some prize barrels from Kentucky. Personally I was introduced to Deeds years ago and developed a penchant for their Quiet Deeds Pale Ale (with the camouflage patterns). That was followed by a Session Ale then a suite of seasonal beers such as Juice Train, white IPA, and Lamington Ale, to name a few. To visit their stylish and impressive (relatively new) brewery in Glen Iris was a thrill, designed by Splinter Society. Walk into a wonderland next to Glen Iris train station featuring a long elongated bar with around 28 taps, upstairs area with a great view of the brewery, and stylish spaces that have a "barrel theme" aesthetic. A great place to visit with friends or work colleagues. 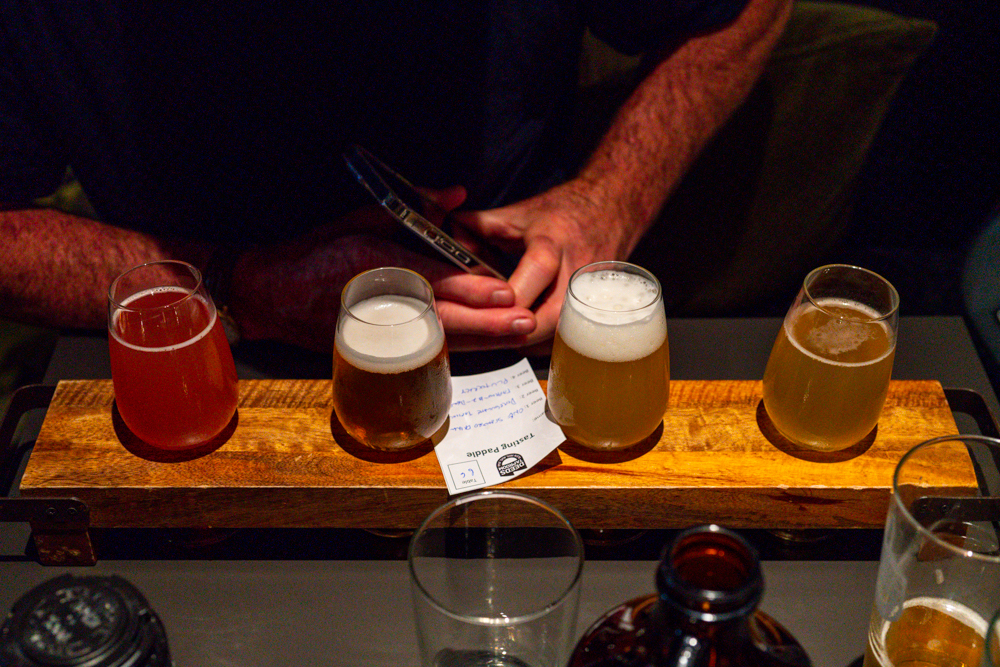 Recently I visited Carwyn Cellars for the launch of the Denver and Liely Beer Glass, where Justin from Deeds Brewing introduced the Darker Motives Stout from their bourbon barrel aged stout project, perfect for the beer glass. For me Darker Motives was the pick of the beers at the event, so rich and deep and a bourbon and chocolate hit... Justin gave us a taste from the barrel and this beer stands strong on its own even without carbonation. After the tour with Justin we enjoyed a tasting paddle of beers including awesome hazy IPAs (choose from the list) and some delicious dishes designed to pair with the beers. I fully intend to revisit Deeds Brewing again soon. Thanks to Carolina for organising the evening. Highly recommended.