5. Epocha - Desserts from the trolley

Huxtable entralls with its cleverness in taking humble ingredients of sea, land and earth and presenting them in compelling modern fusion ways. We've visited Huxtable since its inception and can say that it powers on as a restaurant of flair and maturity. Daniel Wilson is still weaving his magic and has a busy calendar these days running something of a culinary empire, notably with several Huxtaburger joints. When I looked out the window across to Smith St Huxtaburger I noticed they'd added another dining space - where have I been? But its all part of Daniel Wilson's burgeoning growth.

Huxtable also hits the mark with its desserts. The dark chocolate delice, peanut butter, crisp brownie, raspberry was a combination of all the things I covet in a dessert. And oh so pretty. George Colambaris has this place pumping as the ultimate Greek Taverna. Having dined at Gazi several times, I've also missed out occasionally due to not booking. Known for its souvas, Gazi also produces the goods when it comes to Greek desserts. Gazi serves up this amazing Acropolis Now Strawberry Mousse, coffee and mastic. In fact Blood orange mousse, chocolate, blood orange gel is spectacular in presentation and even better in taste. A show stopper. Itali.Co is an Italian oasis in Barkly St and is the place to be for all the cool kids and their Nonnas. Itali.Co has been the driving force of Manager Lino Maglione (master pizza maker) and the cuisine here shows flair and brings a modern twist to Italian classics. Popular on Melbourne dessert menus is the Nutella pizza and Itali.Co serve up a great version. So pretty, so deceptively rich... Cecconi's in Flinders Lane is a Melbourne darling for its rustic Italian cusine based on family tried recipes from legendary Maria Bortolotto. Cecconi's serves up fine Italian desserts including a knockout Tiramisu. 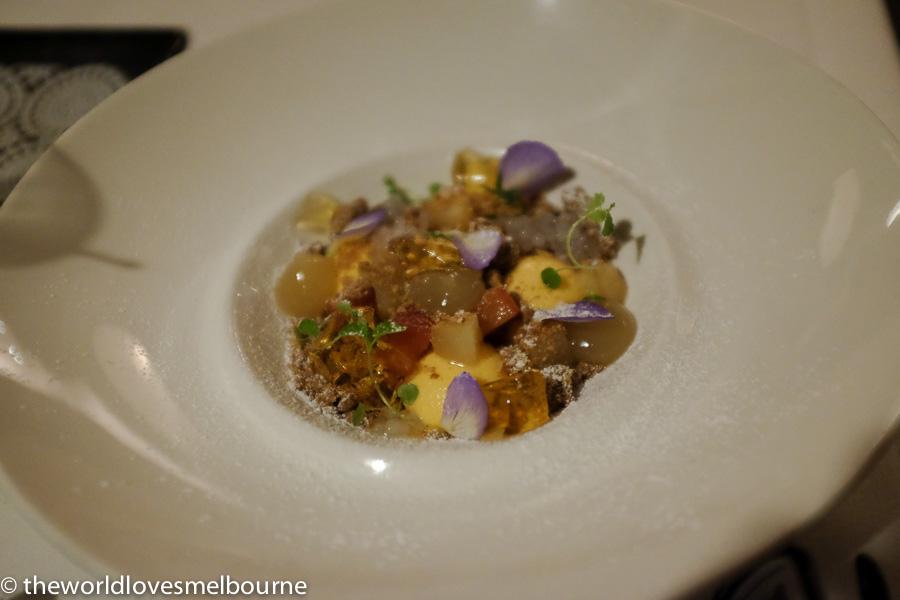 Cecconi's also thrills with intricate desserts including the stunning WHITE CHOCOLATE CHEESCAKE, BROWNIE, NOCELLO GELATO and the CITRUS BAVAROIS, PISTACHIOCANTUCCI, MANDARIN SORBETTO. Both a triumph. Italian and citrus go hand in hand, and the Sorbetto was a favourite.

5. Epocha - Desserts from the trolley

Epocha is simply one of Melbourne's best dining experiences, featuring a formidable team, stellar European cuisine and a killer ambience at this terrace property. Nestled in Rathdowne Street close to the city and opposite Carlton Gardens, Epocha exudes charm and elegance, if not an air of sophistication. Desserts at Epocha are served table side from the trolley. Basil panna cotta with rasberry jelly was totally unexpected - but worked so well - surely one of the best desserts in Melbourne. Dessert maintains the high standard of cuisine generally at this chic establishment on Hardware St, with this Nieuw Amsterdam Chocolate Delice with banana and tonka bean ice cream. A plethora of technique, and combination of flavours impresses. The affordability of these dishes is also to be mentioned. The latest version of the Chocolate Delice is served with honeycomb. 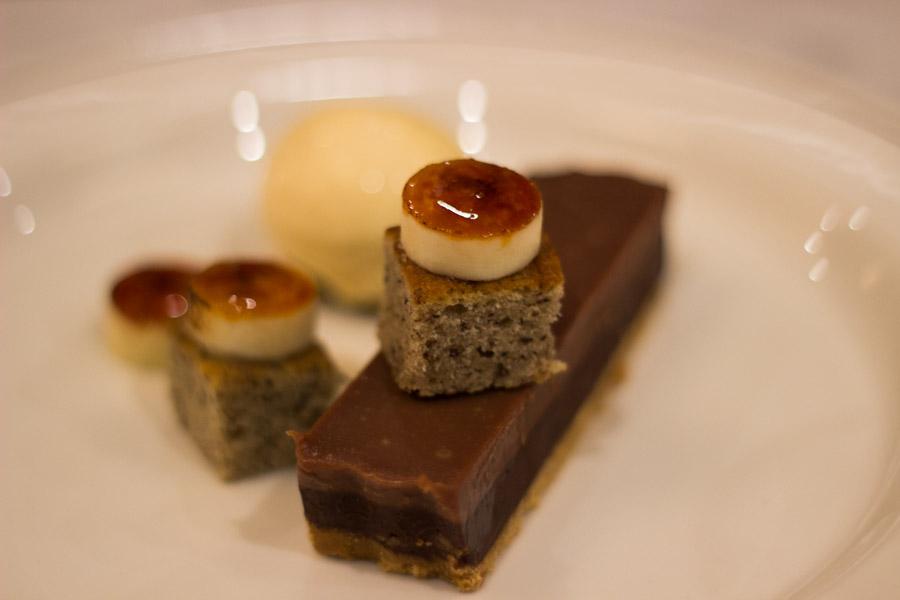 Darren Purchese is a genius, and his desserts are always spectacular, with science meeting sweetness. This French themed dessert was the perfect combination in terms of highlighting the best of French fashion and food at a recent event. The World Loves Mdelbourne has attended several events where Darren Purchese has created dessert and it has always been jaw-dropping. Darren Purchese is one of the most respected pastry chefs in Australia, opening his sweet studio in Melbourne back in 2011 and has since written a book and appeared on Masterchef Australia.

Om Nom as part of The Adelphi in Flinders Lane has gathered a reputation for inventiveness and flair, with a regularly changing themed menu and killer desserts. Mont Blanc dessert is a clever dish - wouldn't mind this at my office desk. Meringue, dark chocolate, chestnut, vanilla, blackberry, feuilletine. Like all of Christy Tania's desserts it tells a story, and the elements textures are amazing. Saint Crispin has been achieving amazing things with Head Chef Joe Grbac and his team. At a recent dinner he produced the perfect pairing of Parfait of hazelnuts, caramelised pear, crispy phyllo pastry, almond gel with Grey Goose La Poire.. The parfait was a work of art with complex layers and a hit of pear. Cutting edge and inventive restaurant with a spectacular set menu... Om Nom is a serious dessert haven in Melbourne where The World Loves Melbourne imbibed a dessert degustation from Christy Tania, Head Chef. Featured on Masterchef the Mango Alfonso is a chart topper with Choux pastry, shiso, coconut, kalamansi, lemongrass ginger and caramelised white chocolate. I love the 22 carat gold on top. The technique in this is crazy, with a host of different elements. And it all comes together in a cacophony of flavour and texture.