As a foodie I often host get togethers and was excited to receive the Ultimate Ears Boom to enhance my social occasions. I've purchased various portable speakers in the past and been frustrated with the size and quality of sound. Not to mention ease of use. The UE Boom ticks all the boxes with manageable size, superb quality of sound, and its simple and easy to use.

Mobility is the key. You can take this speaker anywhere, from the BBQ to the beach. Just plug it in to power and play. Or choose battery power - the batteries lasts a massive 15 hours (long enough for nearly any event). And its perfect for the outdoors with the speaker encased in a special skin making it resistant to water, dirt and stains.

As a man with an iPhone (and iPad) I was able to sync it immediately via Bluetooth and was streaming Of Monsters and Men within seconds. Impressive. Or just plug in your 3.5mm jack for the traditional option. The UE Boom is quick to get the party started and so easy to use.

The next test was to see if the music could fill a room and do the job at a party. The UE Boom is almost effortless in filling a room with the highest quality sound using its '360 degree' feature. You can crank it without fear of distortion and loss of quality. This is a big deal! The UE Boom was created for sociability and good times. You can even connect to it with multiple phones, so you can enlist your friends with their tracks to futher customise your music playlist.

What's really cool is that you can connect two separate UE Boom units via the free UE Boom app to create left and right stereo sound. And the UE Boom also functions as a hands free speaker when your phone rings and allows you to decide whether to take the call via your phone or out loud. 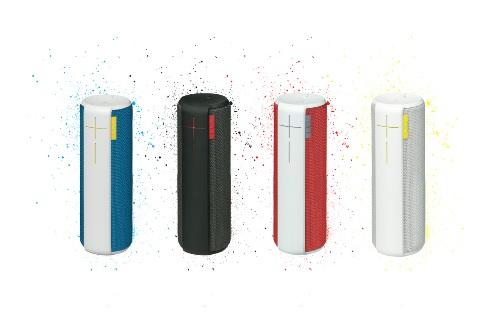 You can charge the UE Boom with a wall unit or a USB cable, which enhances its appeal as a travel accessory. As a person who has travelled extensively the UE Boom is the perfect travel companion. It even fits neatly in your luggage. This is good news as so many speakers I've travelled with have been overly chunky and haven't been able to fit in the luggage. Or else they've been too small and lacked power. The UE Boom is the perfect size and power for the traveller. 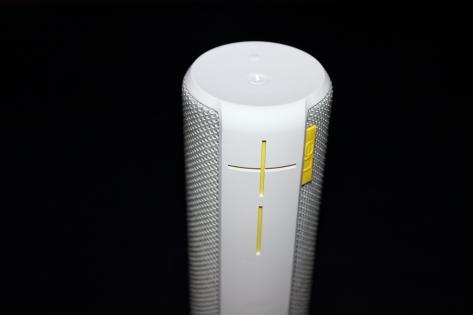 Style and design are important in this day and age. And the UE Boom looks the part (multiple colours available). Every adventure needs a soundtrack. UE Boom's versatile go-anywhere shape is designed to be as spontaneous as you are. It's size equates to that of a water bottle - it's revolutionary that it produces such a big sound! You can stand the UE Boom up or lay it horizontally. So flexible. A small hook allows you to mount the UE Boom high and out the way to take advantage of the 360 degrees sound. 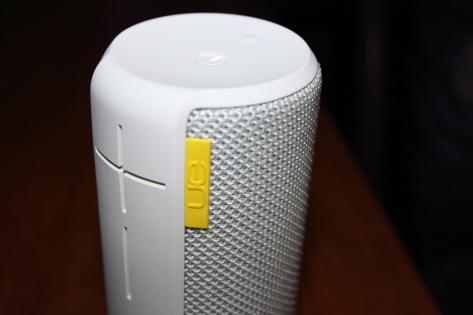 We've been impressed with Logitech speakers for gaming and now we're excited with the UE Boom for its mobility, sociability and allround quality. As an ex band member and music enthusiast I'm fussy about excellence of sound. The UE Boom is so clear in the mid and upper range. It doesn't disappoint and is a great buy. Whether you're into the classics or rocking out to Foo Fighters the UE Boom hits the mark.

Click here for retailers to buy the UE Boom.